What we have seen over recent weeks has really reminded me of the mortgage market around the late 2008-09 period. While the issues we are facing now are the polar opposite to then (in 2007 The Credit Crunch leads to a lack of supply – no money – what are seeing today is a lack of capacity – lack of staff and resources – to carry out business as usual), the impacts it is having on the market are almost identical.

Lenders pulling back from mortgage market

Undoubtedly lenders are pulling back from perceived areas of high risk in the mortgage market.

This is currently manifesting itself as high LTV mortgages (those with less than a 15% deposit). And large loans as a multiple of income (just 2 weeks ago, obtaining 5.5x your income, including bonus was achievable on the high street, now, most lenders are only taking 4.5% and more still are not including any bonus/variable income).

As ever, there are lenders offering mortgages to those with a 5% deposit, and you can get over 4.5x income, including your bonus, but it is just not as prevalent as it has been, and will be priced accordingly (that means more expensive…)

This dynamic reminds of a conversation I had with a very senior person at one of the largest banks in the UK in 2008, which went along the lines of:

With everything going on, are you really going to be the person to sign off a risky loan when your competitors aren’t? Who ever lost their job for being cautious… no-one. Who lost their job for taking risks? I tell you what, I don’t want that to be me so we are playing safe for the time being.

There in a nutshell is the dynamic in the mortgage market currently. Its not the case that the loans themselves are more risky, or that the lender should be helping more people, the reality is that people make decisions, not companies, and high on people’s agendas is not getting sacked today! So while it may be true no-one ever achieved greatness by playing it safe, would you want to be the tallest poppy in the field right now? Timing is everything as they say.

So my conclusion on these recent changes are that it could have a corrective effect on house prices in coming weeks.

If people’s capacity to buy is hindered by either not having the required deposit, or not being able to stretch to the loan they want, it will lead to lower offers, or waiting to buy/move. House prices going up 1-2% a month as we have seen in the last few months simply isn’t sustainable, so is this the beginning of prices levelling out as lenders put the brakes on the market?

I suspect so, and I think that is a good thing, as if prices boom now, they inevitably crash later. So a steady level off now, is far better than a fall in the long run. Trust me, I’ve seen it, and falling house prices are the quickest way to get lenders to pull back much faster and harder than we are seeing now. So while not very sexy, stable, steady growth is best in the long term. In my humble opinion anyway. 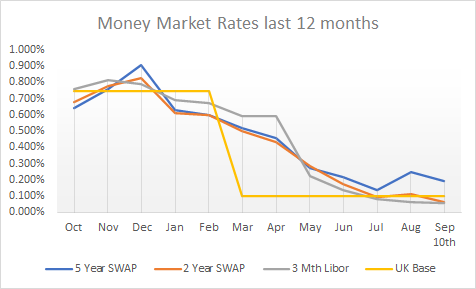 Should you wish to speak to one of our mortage brokers or protection advisers, Click Here and you will find everyone’s contact details.

Your property may be repossessed if you do not keep up repayments on your mortgage.

This firm usually charges a fee for mortgage advice. The amount of the fee will depend upon your circumstances and will be discussed and agreed with you at the earliest opportunity.

Rose Capital Partners Limited is an appointed representative of PRIMIS Mortgage Network, a trading name of Advance Mortgage Funding Limited which is authorised and regulated by the Financial Conduct Authority.

Keep right up to date with what’s happening in the mortgage market. Things change all the time and there could be some news you might benefit from